Women and marriage – Who should decide? Women and marriage – Who should decide? There are some crazy expectations that society has on women when it comes to marriage. Different people have different concepts about marriage and what is the role of women in it? How does society play a role in dictating the terms for women? Who should decide when to get married? People want a girl who is well-qualified even though they know for sure that they are not going to encourage her career. Why this even exists? Why people want such girl? Isn’t it reasonable that a person who wants their partner to be at home, Choose a person who prefers to be a home-maker. Why ruin the dreams and prospects of career oriented person? Here I’m talking about force marriages and how does society dictates terms of marriages for women.

Women and marriage – Who should decide?

Get married before you turned 30, they say! Some says, if you get married early there’s less chances of getting divorce. Does society dictates the terms for women? In addition, there’s also age factor which determines when to get married or else they decide what is the right age of marriage? Gender should not decide wether a person has the right to pursue their interests or not. It is their choice as it is their life and let them decide what they want. Marriages are not something which should end up one’s dream. It should not be the end of life forever. It should be a beautiful beginning isn’t it?

Marriages should be beautiful beginning not be the end of dreams What is the worst part ? Are you talking about it?

Marriages are made in heaven they say. I don’t know what does that really means? I believe marriages become more painful when it is forced. The question is Women and marriages – Who should decide when to get married? The one who is getting married or those group of people called adults- experienced people of society should decide one’s life? Forced marriages are very common even now. The worst part is no one is ready to talk about. Above all, it is us who has given the right to decide what to prioritise in life and what not!

Most of the counsellors says – that it is better to marry late. When we are more capable of making the correct choices and able to tackle the burden of family and responsibilities better. Now days apart from personal or societal reasons most of the women choose to marry late if they continue their education and end up having a career.

How much is the choice with women to decide who to marry and when ?

In modern India, how much is that choice with the women and who decides when women should marry? With over 90% of marriages being arranged in India, it is very often the deco or repo of family as to who and when would a daughter marry. Also a huge societal issue. The moment a daughter is born, parents in our society get worry about having her married. Not just in rural, young urban India also faces pressure to marry and “settle down”. Some of my college mates coming to do a master’s degree are anecdotally said to be avoiding this pressure of getting married. Concluding : Women and marriage – Who should decide?

I truly believe one should decides what to prioritise in life. When a women priorities career and truly believes in self, she won’t be settle for less and won’t give up. Moreover gender should not decide wether a person has the right to pursue their interest or not. It is their choice and let them decide what they want. Marriages are not something which should end up one’s dream, rather it should be the beginning. Marriages comes with huge responsibility and one should mentally prepared, it can be a gruesome experience. Life and daily routine will change when two people start living together. You can’t work as an individual anymore.

In my opinion, We all work on different timelines and no reason is valid or good enough to force marriage on your child. Saying that they won’t find anyone else if they miss the chance, it will be too late to marry, relatives are asking about them blah blah! These statements can have big negative impact on the child’s self-esteem. Force marriage is a bad idea and gender deciding future of a person is also a bad idea. The reason behind all this is because society shames on you if you want a divorce later. With all this stress and anxiety comes without any effort. It impacts on big level both mentally and physically. Lastly, the next generation children are highly disturbed when they have emotionally disconnected parents. So get married when you are ready and mentally prepared. What are your thoughts, share them in comments. You can do better!

Recent blog- Why do we confuse abuse with love?

DISCLAIMER: This is my personal blog. The views and opinions expressed here represent of my own. The content is copyright solely to the caretaker of this website. Do not copy. Also thoughts and opinions change from time to time as I come to learn more and develop my understanding about the things and issues that I am blogging about. 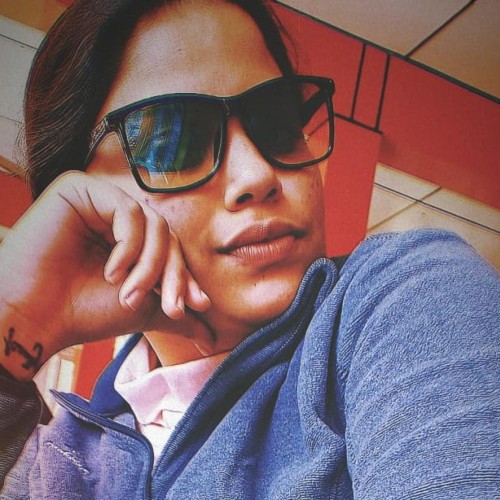 6 Tips on controlling your ego

How Much Weight Can You Healthily Lose In a Month ?